MICROLIGHTS TO GO TO 600 KG

The UK CAA has chosen to nationally regulate factory-built aircraft with a take-off mass of up to 600 kg, a stall speed not exceeding 45 knots with up to 2 seats. This follows a consultation which attracted almost 1400 responses. Additionally, the CAA has decided that these aircraft are to be called microlights. This opens up the opportunity for new microlights with a greater take-off mass than currently allowed, and recertification of some existing microlight types to increase payload which will usually be given over to carrying more fuel.

This is great news for UK microlighting. The BMAA is ideally placed to respond to applications from individuals and manufacturers wanting to take advantage of the changes. There will be a period for the development of implementation regulations which is likely to take until early in 2021. This will determine airworthiness codes to be used and how licensing will be affected. The BMAA will be at the heart of this work.

To read the CAA official response to the consultation, follow this link.https://publicapps.caa.co.uk/docs/33/CAP1920%20450-600kg%20Consultation%20Response.pdf

This site uses Akismet to reduce spam. Learn how your comment data is processed. 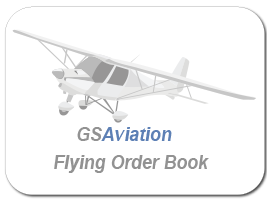